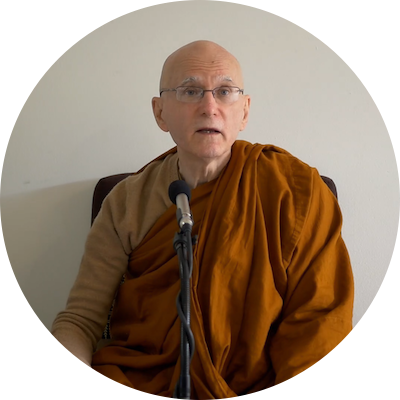 Ajahn Nissarano was born in 1952 in Perth, Western Australia. In 1997, he was ordained by Ajahn Brahm as a novice monk and a year later took full ordination. This year will be his 25th Rains Retreat, Vassa. He lived in Sri Lanka from 2006 to 2019, for a total of 13 and half years. During that time, he lived for 8 years in a cave on the side of a mountain, surrounded by forest and going for alms round to the village below. He returned to Australia regularly to teach, primarily at the Buddhist Society of Victoria. In January 2021 he became the Senior Monk at Newbury Buddhist Monastery, outside Melbourne, which is run by the Buddhist Society of Victoria.

Our Most Urgent Task - Ajahn Nissarano

Ajahn Nissarano joins us on this episode of Sage Advice to discuss the topic “our most urgent task”. We are so busy these days, we often lose sight of the big picture. And we can become so distracting that we don't even see …