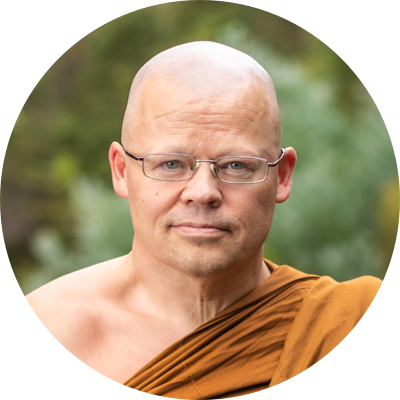 Ajahn Nitho was born on the west coast of Norway in 1970, and after finishing high school, a year at the University of Bergen, a Bachelor's degree at NHH (The Norwegian School of Economics and Business Administration), a few years working as a CFO and two years of global backpacking, Ajahn Nitho went to Australia in 2007 to be ordained as a Buddhist bhikkhu, under Ajahn Brahm at the Buddhist Society of Western Australia (BSWA), Perth.

After one year as an anagarika (postulant), one year as a samanera (novice), Ajahn Nitho took higher ordination as a bhikkhu (monk) in 2009. After more than 10 years of training as a bhikkhu in Perth, a few stays with Ajahn Ganha in Thailand, he has now returned to Oslo in Norway, where he currently resides.

Togheter with Jon Endre Mørk, he established the Buddhist Society of Oslo and Viken (ovbf.org) in 2021, and he is now teaching retreats and Buddhism various places in Norway, while building a Buddhist society. The goal is to establish a centre in Norway for teaching and practise.

Meditating In The Mountains And Fjords of Norway - Ajahn Nitho

In this episode of Spirit Stories we have as our guest, Ajahn Nitho who is coming to us from the mountains near Ørsta in western Norway. Ajahn Nitho was born on the west coast of Norway in 1970, and after finishing high sch…